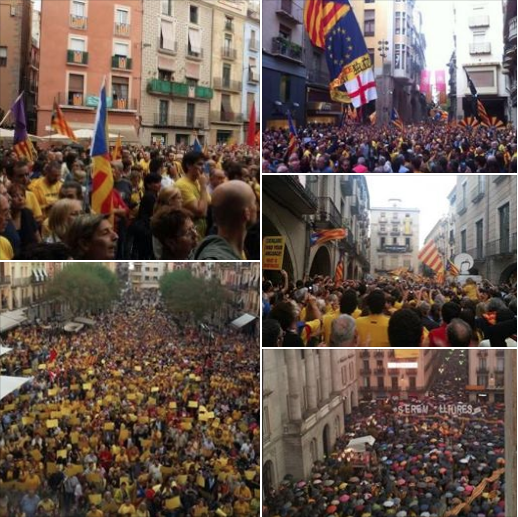 The Spanish Government can try to repress an institutional consultation, but it cannot block the digital revolution

The situation of conflict between the Spanish Constitutional Court, prompted by the Madrid Government, and the Generalitat de Catalunya, leaded by President Artur Mas, opens the scenario that nobody would like ever see, the repression of the democratic and sovereign expression of the Catalan People on its own future.

The contrast appears only on the borderline of the law and risks to become – against everybody’s will – a social conflict.
Modernity ha opened some ways through to allow the social debate to flow pacifically and constructively creating original paths in the rigidity of the partisan juridical interpretations, where the law of the strongest tends to prevail, because the strongest holds the executive, legislative and legal power, in short the central political power.

We have had the most evident example really in Veneto, where opposite to the obsolescence of the Italian constitutional system, the celebration of the Digital Plebiscite has permitted in an original and innovative way to celebrate with great success the referendum of independence of Veneto on 16-21 March 2014.
Today such way remains open also for other part of the world. Included Catalonia, in case someone might attempt to block the free democratic expression of Catalan people, as it seems looming on the horizon, in the light of yesterday’s Generalitat decision to suspend the institutional information campaign on the referendum of next 9th November.

The institutional and civic courage of the Catalan political class cannot be defeated by anti-historical and undemocratic decisions and must allow Catalan citizens to vote about their own independence.

Otherwise it is far from clear why, after last 18th September, Scottish citizens should be considered more “European” than Catalan citizens.

As regards what we – Venetian people – can do concretely, through our referendum organization Plebiscito.eu, that even in the ending has a European character and inspiration, we want to help as far as may be possible for us, and if Catalan citizens an their political and institutional representatives will consider valuable our support in order to permit them to express democratically.
For this reason, besides our moral backing, we can provide them and make available, if they want it, our expertise, our know-how and our method to allow Catalan citizens to be able to express through a digital referendum for the independence of Catalonia.