CATALONIA, THE MORAL FOUNDATIONS OF EUROPE ARE AT STAKE

CATALONIA, THE MORAL FOUNDATIONS OF EUROPE ARE AT STAKE 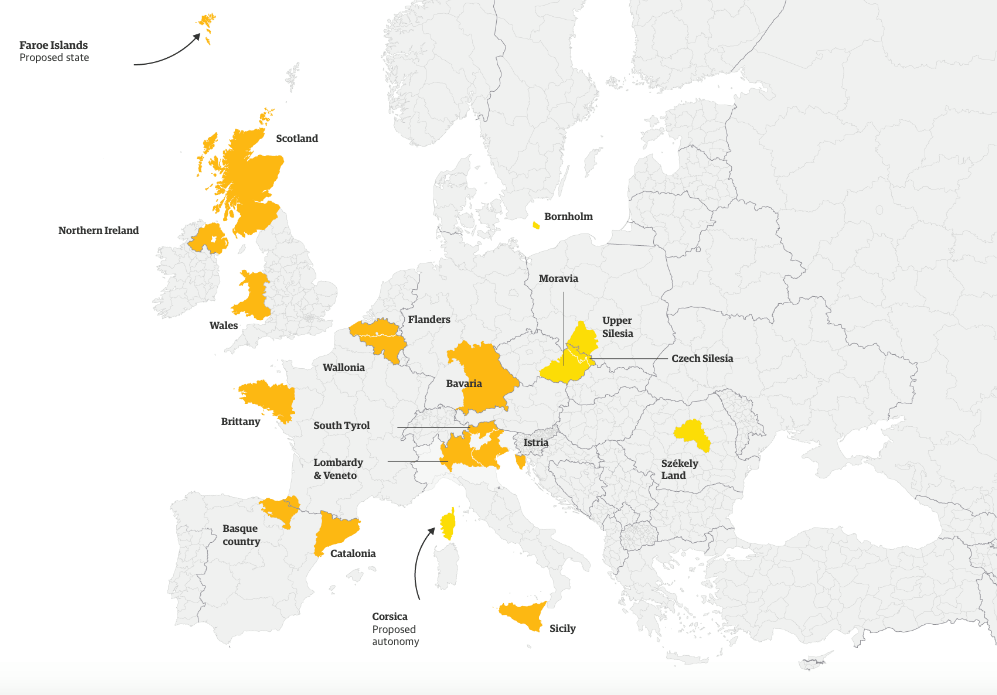 From Catalonia to Veneto: what does Rome mean if there is already Brussels? Of the two one. Better the second

The ongoing proceedings in Spain against Catalan institutional representatives open a new chapter on non-respect of human rights. In fact, since all the activities of Parliament and of the Catalan Government, starting with the celebration of Catalonia’s 1 October referendum on independence (and all previous legislation that made it possible) to arrive to the Declaration of Independence of the Catalan Republic of 27 October (and subsequent and related acts) fall exclusively within in the sphere of “declarations” or, in other words, “freedom of expression”, even if of institutional bodies and representatives, today’s fundamental theme is: since the Freedom of speech and expression is a fundamental human freedom, enshrined in the Universal Declaration of Human Rights and many other unanimous shared international pronouncements, which can not be overwhelmed by any law or constitution, or interpretation of the same, why should people be condemned both they are private citizens, or citizens who have an institutional role (thanks of a popular electoral process of democratic representation), for the fact that they have given voice and form to a statement, to the freedom of speech and expression of their fellow citizens (at the October 1 referendum or the governing bodies of the The Catalan Parliament for allowing a vote on a proposal for a declaration of independence), or for exercising this fundamental and unmistakable human right in the first place (the Members who voted it individually or in collective form)?

In fact, it is clear and evident that no formal act has been followed at this time. The organs of the Catalan Republic have not yet been constituted or are operating. No officials or administrative apparatus of the Catalan Republic have been established or is operational. We are in the realm of the declarations, precisely, of the fundamental freedoms of human beings.

What principle prohibits institutional representatives from enjoying the same rights as all other men? No one. And even if some law, or some constitutional article, envisaged it, it would clearly be of no effect, just because it would collide with a principle of superior nature, inviolable, which is precisely within the fundamental human rights.

Is it possible that in Europe, the European Union, which was born on the ashes of fundamental human rights violations, to ensure European citizens peace and respect for those principles violated by Nazi-Fascism, today is it possible to trample on these inviolable rights? To the point of violating the European Convention for the Protection of Human Rights and Fundamental Freedoms?

If the European Union will allow the condemn of the President of Catalonia Carles Puigdemont, Vice President Oriol Junqueras, Parliament President Carme Forcadell, and any other representative or institutional officer merely for allowing or making free expression of thought and not for acts, above all not for violent acts, then it is clear that a new page will be opened for Europe that unfortunately would betray its moral and constitutional fundamentals, reopening the door to the tragic obscurantist and dictatorial experiences of the past, which we thought we had buried in history forever.

In Catalonia, the future of Europe is also at stake. The EU can decide to ignore this evidence and then collpase as the Soviet Union. It’s just a matter of time and organization.

The European Union has no future but evolveing into a genuinely federal system, composed of so many independent regions as they will be formed in the inevitable and unstoppable self-determination processes. If the change does not come from top, it will come from bottom.

There is also no excuse of difficulty in governance of such a system that could well come to be composed of 50 states, or even 95, to mention the President of the European Commission Juncker. To have an example of other federal systems that work well, look to Switzerland, or to the United States of America. The EU represents a conquest of Europeans that has allowed an extraordinary period of peace, stability and prosperity. It must now be able to evolve to ensure flexibility, democracy and overall resilience in the face of the challenges posed by globalization, which, in the face of the emergence of an interdependent international system, must be able to ease the inevitable political and socio-economic tensions with more nodes extended to greater degree of freedom. Translated: 50 independent states (or even 95), with greater fiscal and civic responsibility than the present, fruit of the ideologies of the past centuries and nowadays institutional parasitic corpses swollen with increasingly unsustainable debts fueled by clientelism and irresponsible political misconduct.

Over the next few years, it will become increasingly clear that the independence of the historic regions of Europe will naturally be part of the European Union’s political agenda, precisely because it is the only sustainable development that can guarantee peace, prosperity, development and stability to the old continent.

Starting with Catalonia, but right around the corner there is Veneto, which is much worse for Italy’s tax exploitation and can, among other things, boast an extraordinary and unmatched story symbolized by its gold age of 1,100 years of independence of the The Most Serene Republic. What is Rome for Venice, if there is Brussels already? Of the two one. We certainly prefer the second.

Let’s go to take what’s ours. Pacifically, democratically, with patience and intelligence, but also with the awareness that nothing and nobody can stop us, not even old constitutional tools written by the hands of the dead who will ever bury the living.