FRANCO ROCCHETTA SENT TO PRISON FOR HIS OWN IDEAS, LIKE NELSON MANDELA

FRANCO ROCCHETTA SENT TO PRISON FOR HIS OWN IDEAS, LIKE NELSON MANDELA 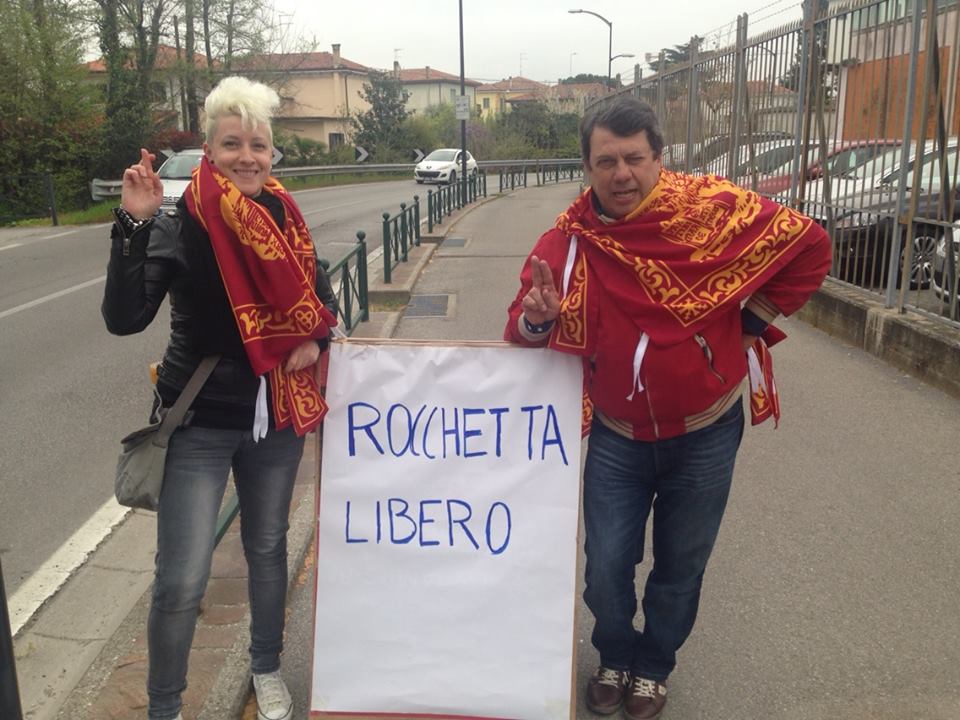 The second phase of the digital Revolution will start in Sardinia where Gianluca Busato has been invited, by a local separatist party, to teach the technique of the digital referendum

[Treviso, 2 April 2014] – The day after the judiciary campaign against Franco Rocchetta, who has been sent to prison for his own ideas, pretty much like Nelson Mandela, and even more than him just for his ideas, this morning, in Piazza dei Signori, Treviso, there were plenty of televisions and politicians. They were all looking for their quarter of hour of fame, following the pathway opened by Plebiscito.eu, which will lead to the independence of the Venetian Republic.

In front of the Santa Bona prison, in Treviso, a group of patriots gathered to campaign for the immediate release of Franco Rocchetta. He is held in complete isolation, as if he was a terrorist, drug dealers, and similar delinquents. This is because of his history classes on the Serenissima Venetian Republic, that are clearly a threat for a weaker and weaker Italian state.
This evening, in Treviso as well, now the epicentre of Venetian politics, once again a number of televisions and media will gather, for they want to know the world phenomenon of millions of Venetian citizens who want to break free of the worst fiscal dictatorship, a true hell, in the world. A lot of Venetians, once again, will show up to disclose to the world their will for independence, showing to the world their Venetian flag.

The second phase of the digital Revolution will start in Sardinia, where Gianluca Busato, the leader of Plebiscito.eu, has been invited, by a local separatist party, to teach the technique of the digital referendum, so that also the Sardinian people will be called up to vote in it.

According to Busato: “While the pression of the Italian state on Veneto gets stronger and stronger, for it aims at intimidating the Venetian citizens, who overwhelmingly support the democratic, peaceful, and well determined process to create an independent Venetian republic, the digital revolution is spreading all the other regions of the Italian state. They are in a great number willing to follow the only viable way to make responsible and stabilize financially a state in an immense deficit, no longer able to meet the Maastricht criteria, and on the verge of the complete collapse, with an immense suffering for all the peoples that inhabit in Italy, tired of a gigantic bureaucratic monster, which has lost its raison d’etre”.