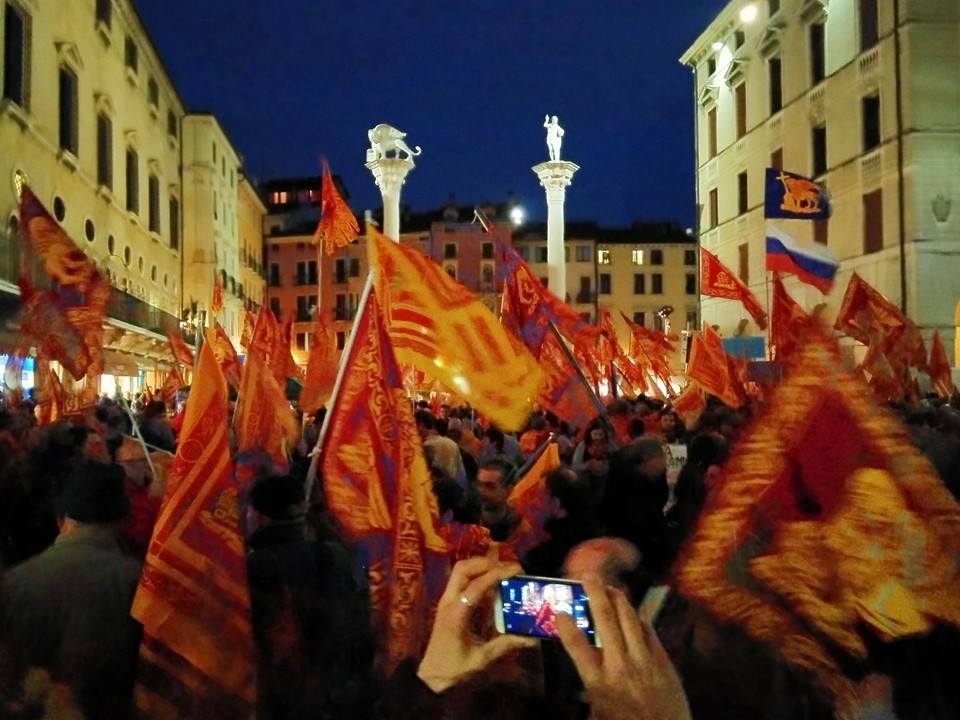 While the VR is working towards new “fiscal tours” in Austria, Bavaria, and Poland, and a new system of treasurer’s office for the Venetian Cities, with a fiscal autonomy up to 98%

[Venice, 23 April 2014] – The newly (March 21st, 2014) constituted Venetian Republic begins to actively exercise its sovereignty and independence financially as well as in other forms. The VR (Venetian Republic) is issuing its first government bonds. The VR has been just created and needs a strong financial support, in order to fully implement its governmental action. This support will be guaranteed by a financial loan, open to Venetian, Italian, and foreign investors of any nationality. The Venetian Bonds will be issued by the Treasury’s Office of the Venetian Republic, an office that is about to be formed by the Delegation of the Ten (the Venetian provisional government).  The first bonds to be issued will be called “Buoni Federali Costitutivi” (BFC, “Constitutive Federal Bonds”), with two values so far: 1,000.00 € (sale price, 100,00€) and 10,000.00 € (sale price, 1,000.00 €). The BFC will be fully payable six months after the approval of the Constitution of the Venetian Republic. The first issue is limited, as a test issue, to the total value of 20 millions €.

The Delegation of Ten is also working on the re-activation of the “fiscal exploratory tours”, in Countries other than Italy, as to protect investors from the (higher and higher) default risk of the Italian state. This action was already implemented in 2010, with buses full of “investors on the run” to Slovenian and Austrian banks. Now, the Delegation of Ten is exploring even more attractive fiscal conditions abroad for the Venetian citizens, especially for the transition period until the approval and effectiveness of the Venetian Constitution. Among the Countries to be fiscally explored, besides Austria, there are now Bavaria and Poland.

The Delegation of Ten, moreover, is working on the possibility of opening a foundation (Stiftung) in Liechtenstein, to enable the Venetian Cities to manage their own Treasurer’s Offices in a treasurer’s office system legally recognized by the European Union and thus freed from the rapacious control of Italy, so that the City Councils will legally avoid to be robbed by the Italian greedy and ineffective system.  The Venetian Cities, during the transition period, will therefore be able to apply the Fiscal Exemption Decree issued by the Delegation of Ten on March, 25th, 2014, and thus they will move to the Venetian fiscal system, a system that enables them to obtain a full fiscal autonomy. With this system, the Venetian citizens will be able to escape the unbearable Italian taxes, and the Venetian cities will finally enjoy enough resources to meet the public demand of services.

According to Gianluca Busato, “the investment options in activities by the Venetia Republic are very appealing and convenient both for Venetian and for foreign investors. The financial surplus, currently 20 billions yearly, generated by the Venetian Republic will enable the state itself to return the invested capital with 1,000% interest, guaranteed to the investors for the Venetian Republic will be recognized as a very solid economy. As for the  first Cities that will join the delocalized treasurer’s office system in Liechtenstein,  they will be granted a form of advanced autonomy within the Venetian Republic. The model is the one already presented to the Alpine city of Sappada-Plodn. It means that 95-98% of the fiscal revenues will remain within the territory of the cities and only 5-2% will go to the central State.”