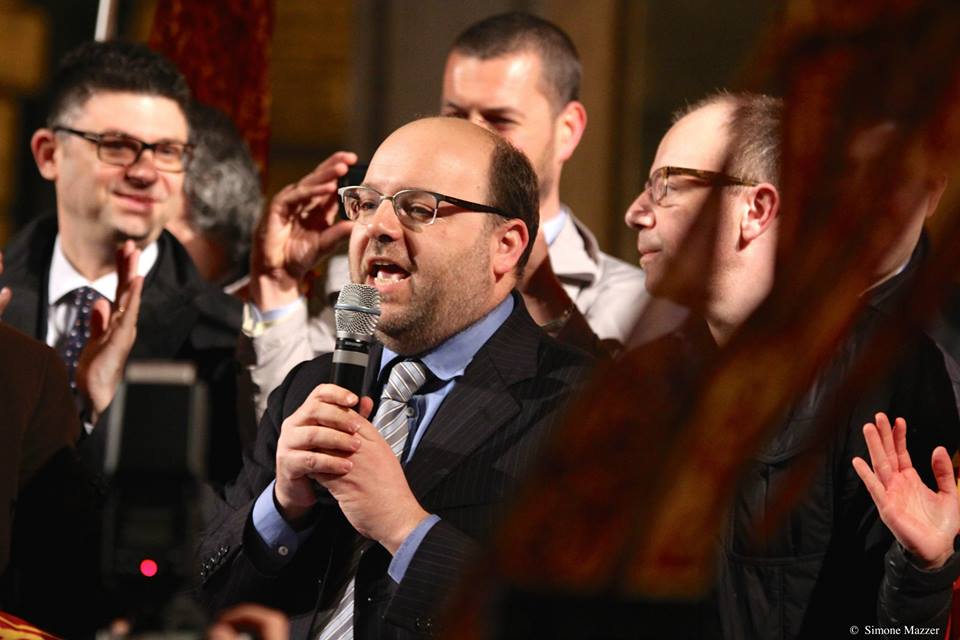 Scottish independence referendum is a good chance also to make the world power elite face up to some responsibilities and questions about communities’ future and wealth researched by Peoples with their own independence, in a world more and more interdependent.
Peoples in fact do not stand still to wait for a destiny that appears them unhappy and their answers to such questions are given depending on the existing political offer.

The “ovens” of the polis art are, as is known, of different typologies and extraction and in a moment when it is clear and evident to everybody the need of changing.

The big multinational states, inherited mainly from the 1800s, simply do not work any more and are no more able to offer their citizens and their local communities a system of safeguard of fundamental liberties and respect of their dignities.

A physics law, which sees energy linked to labor, comes even before economic laws and can be eluded no more, under the intolerable load of sovereign debts of elephant states that jeopardized perspectives of present and future generations. Communities and productive areas in the world cannot assist any more numbly to the destruction of profits of their work by parasitic cliques, deeply corrupt and incapable, that hold the power thanks to the handout mechanism that produces it.

This is true in Veneto, same as in Scotland, in Catalonia, in Lombardy and wherever there are situations of economic oppression, often a result of previous or existing cultural oppression.
Nowadays in the productive areas of the world and in particular in the heart of Western Europe we see the development of movements and organizations that want give back their own peoples, thanks to the self-determination right, the possibility to be again the architects of their own destinies.
Reasons today are mainly of economic nature, it´s useless to hide behind the cover of questions of ethnic or cultural nature, that represent on the other hand the key used in the past for liberation of Peoples.

Great epochal changes of history but then always happen for reasons of economic nature, that are the detonator of big choices.
Going back to the proposals among which choosing, to make it easier, today there are a couple of them, mainly, emerging as an innovation in respect to the status quo.

There is a proposal of populist and demagogic nature, taking inspiration indeed from 1800s concepts, revised in a modern way, pivoted on an evolution of extreme right wing political parties. In our opinion this proposal represents the specters of the past that nobody wants to see back upsetting the present.

And then there is the way started by Peoples, who are cutting through deeply in the path towards their own liberty. Such itinerary of independence cannot be stopped, definitely, and at the same time, as far as we – Venetian people – are concerned, if we will be able to carry out the strategic plan that Plebiscito.eu is preparing right in these weeks, this will establish a new perspective of healthy growth for everybody.