VENETO: CLOSE TO HALF A MILLION THE VOTERS FOR THE PROVISIONAL VENETIAN INDIPENDENT PARLIAMENT

VENETO: CLOSE TO HALF A MILLION THE VOTERS FOR THE PROVISIONAL VENETIAN INDIPENDENT PARLIAMENT 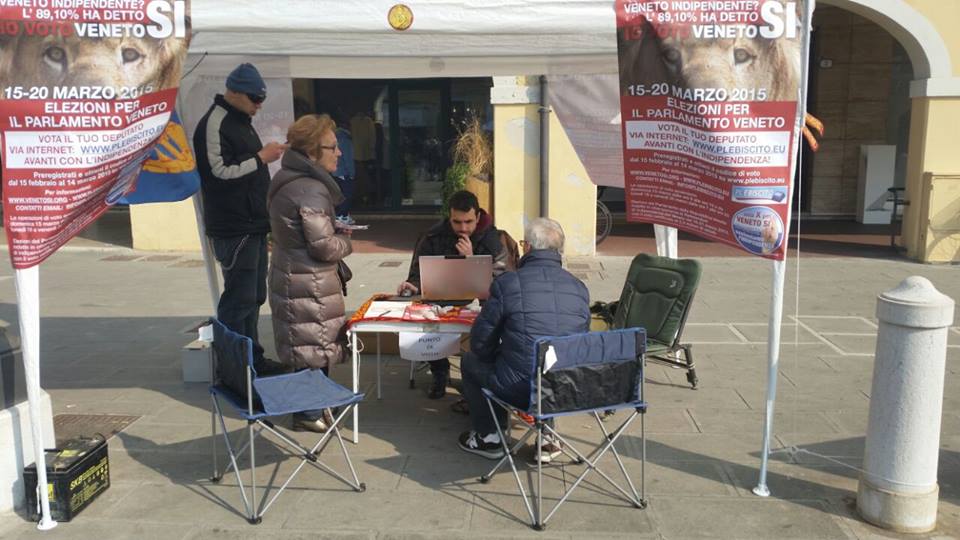 The Digital Revolution rises higher and higher on www.plebiscito.eu. Mr. Gianluca Busato states: “On Saturday the 21st of March 2015, the Venetians will install their own provisional Parliament and Government, too”

[Venice, March 17, 2015] – While the italian parties begin their illusionistic maneuvers to deceive the Venetians once again, the Digital Revolution of Plebiscito.eu breaks through into the hearts of the Venetian People.

As a matter of fact, at 11.00 am of Tuesday the 17th of March 2015, more than 472,000 Venetians have cast their vote for the elections of the provisional Parliament by using the digital platform on the website www.plebiscito.eu.
Considering the current voters turnout trend, the organizers estimate that within 11.00 pm of Friday the 20th of March 2015, over a million of Venetians will have been allowed to express themselves democratically.

The final results of the whole operation will be announced publicly during the national demonstration called by Plebiscito.eu for Saturday the 21st of March 2015, starting at 07.00 pm in Piazza dei Signori, Treviso.
Just twelve months later the declaration of Venetian indipendence, the same symbolic place will host another great event for the expression of popular sovereignty, while the italian media show all their dependence from the italian partitocratic regime which is now terrified of being de-legitimized by its citizens in Veneto.

Gianluca Busato commented: “The excitement is growing up hour by hour and shows how strong the demand for freedom and democracy from the Venetian People is. On Saturday the 21st of March 2015, the Venetians will install their own provisional Parliament and Government, too. The first action by these two authorities will be focused on the tax plan: the Venetians will be able to choose whether to continue to bear a tax burden at 80% under the illegitimate italian state or to embrace a far more human 20% tax plan with the return of the independent and sovereign Republic of Venice.”