ALMOST 140,000 PRE-REGISTERED THE DAY BEFORE VOTING FOR THE VENETIAN PARLIAMENT

ALMOST 140,000 PRE-REGISTERED THE DAY BEFORE VOTING FOR THE VENETIAN PARLIAMENT 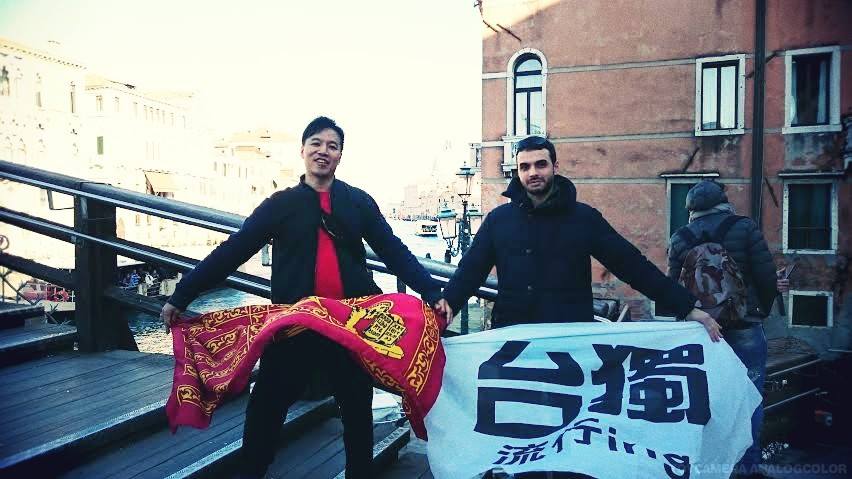 The recent presence in Venice of the Taiwanese movement for independence showing its closeness to Plebiscito.eu, confirms the international vocation of the Venetian organization. Mr. Gianluca Busato states: “Now is the moment to give strength to a new tsunami for our independence”.

The day before the elections for the provisional Venetian Parliament, the independence fever in Veneto is rising higher and higher. Until now, the pre-registrations on http://www.plebiscito.eu to get the voting code have touched quota 139,000, while the volunteers are working on the territory to allow also the less computer-used citizens to choose their own favourite candidate for the provisional Venetian Independent Parliament.

On Saturday the 14th of March, our technical staff has carried out the technical “switch” for installing the e-voting platform, now reachable from http://www.plebiscito.eu. Besides thousands of volunteers who are active on the whole Venetian territory, 300 remote operators are involved to control and support the registration and e-voting operations, too.

Moreover, during the voting days, the presentation meetings will continue every evening. Such events have seen an intense activity on the territory by Plebiscito.eu, in order to inform and activate the citizens who will take part to an extraordinary week of civic and digital commitment. During the week before the elections, also the leader of the Taiwanese movement for indipendence, Mr Tony Chang joined some of our events to start a new extraordinary world project together with Mr Gianluca Busato and Plebiscito.eu.

As for the meetings programmed during the voting week, a special mention among the others deserves the one of Monday 16th of March at Pojana (20.30 at the multipurpose room “G. Jeremiah” in via Trieste 5), during which the president mr. Gianluca Busato will introduce the exposure of some hydraulic engineering forward-looking projects by eng. Federico Bertoldo, a member of the Delegation of the Ten. Important topics will be treated, such as the territorial use planning and the hydrogeological instabilities mitigation for the new Venetian Republic.

For Tuesday 17th of March is then scheduled another important meeting in Creazzo (20.30 at the AC Hotel of Via Carducci 1, Vicenza dept.) where, together with the architect Silvio Caoduro (territorial coordinator for the area of east Vicenza) a new international strategic project will be introduced. This planning will make of Venice and Veneto a global hub within 2025, thanks to the construction of the new silk roads which will put in communication the far East together with Europe.

On Wednesday 18th of March 2015, it will be also inaugurated our new headquarter in Verona dept. (Via dell’Alpo 7, Zai). Formerly the headquarter of the northern league, now thanks to the decision of the owner, it is managed by Plebiscito.eu and Yes for Veneto, the unique consistent popular forces which are really and concretely committed to reach the independence of Veneto.

Mr. Gianluca Busato said: “The strong relationships we are establishing with the most important international independence movements (and now also with the movement for the independence of Taiwan) do testify the global visibility of the Venetian independence question, achieved thanks to the digital referendum held on March 16th-21th 2014. Now it is the time to give strength to a new independence tsunami with the elections for the provisional Venetian parliament “.