CATALONIA INDEPENDENCE IS LIKE THE NEW COLLAPSE OF THE BERLIN WALL

CATALONIA INDEPENDENCE IS LIKE THE NEW COLLAPSE OF THE BERLIN WALL 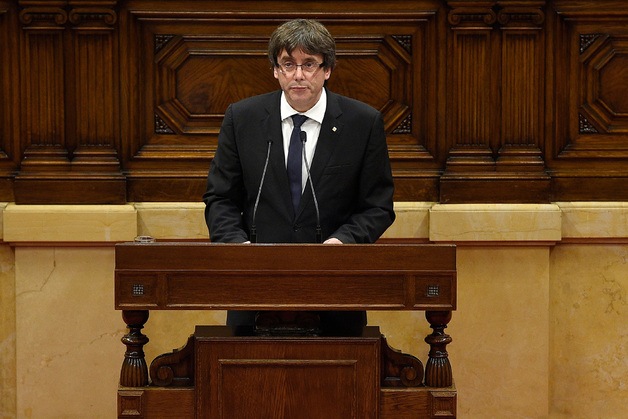 The declaration of Catalan independence for the European Union is comparable to the collapse of the Berlin Wall for Eastern Europe. Yesterday communism was defeated, today the logic of tax theft against European productive regions has been disbanded by old parasitic central states and now even disrespectful of the most basic human rights such as freedom of expression, reunion and association, even before anti-historical enemies of the right of self-determination protected by international law.

Asking the Catalans and the Venetians to continue to maintain Spanish and Italian casks is equivalent to asking Germany to pay Italy’s public debt: it is simply not fair, is not smart, is not cheap, it is not far-sighted. The independence of Catalonia today and Veneto tomorrow represents the victory of freedom against nationalism, tolerance against anti-democratic violence, culture against mystification.

Now it will open up a stage of mediation and consolidation of the will of the people and resistance to the rage of the heirs of Francisco Franco, who in these days have roared free to frighten the citizens in Catalonia, Valencia and all over Spain. The independence of Catalonia will also benefit Spain, which through democratization of its own political class will benefit from its future and the good of its people.

We express all our affection and support, our emotion of pure joy to the calm and brave Catalan citizens, to their intelligent leadership, to the valiant President Carles Puigdemont and to all the Catalan Parliament, in an hour of great importance for Catalonia, for all the Europe and the entire world, entering into a new phase of building stronger and peaceful relations between its peoples and states.