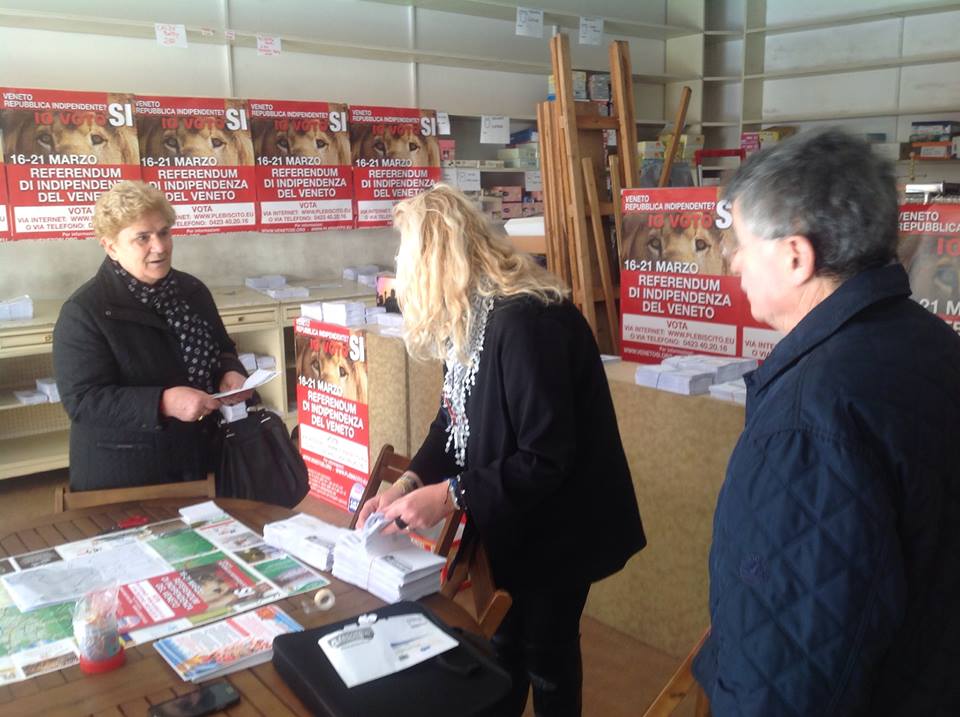 IN FOUR DAYS VENETO VOTES TO SECEDE FROM ITALY

March 16 referendum will also ask Venetians if they want the new Venetian Republic to be part of the European Union, to adopt the Euro, and to be a NATO ally.

Los Angeles, CA – After expressing his complete support for March 16 referendum on the independence of Veneto during an interview on Radio 24, Veneto’s Governor Luca Zaia has stunningly withdrew his blessing just five days before the vote. The daily newspaper Libero reports that the Northern Leagues’ governor stated he will not vote as it would be a contradiction since it is his own provvedimento. He instead suggested waiting and see what happens on November 9 with the referendum on Catalonia’s independence.

This is the second blow that the referendum committee Plebiscito.eu receives in the week prior to the vote, as opposition leader Beppe Grillo also had initially sustained the referendum on March 8, and then immediately back pedaled on March 9. “Zaia is trying to belittle the March 16 referendum by calling it a petition because the Regional Government is being bypassed by an astonishing coalition of City Councils” explains Franco Rocchetta, founder of Liga Veneta, the precursor and co-founder of the (originally fairly acting) Northern League. “The Region has stalled, and an overwhelming number of Venetian town halls have banded together to have the referendum on March 16.” 90 percent of Venetian towns have provided citizens’ vital record information to Plebiscito.eu in order to have them receive election documents. Venetians will not only be asked on the ballot “Do You Want Veneto to Become an Independent and Sovereign Federal Republic?”, but they will also nominate ten delegates to execute the declaration of independence. This would delegitimize the regional governing body and indirectly dethrone Zaia’s leadership with a massive popular vote.

In addition to voting on independence and nominating ten delegates, on March 16 Venetian citizens will also be asked to decide on three foreign relations issues. “Do you want the Venetian Republic to join the European Union?”, “Do you want the Venetian Republic to adopt the Euro as the national currency?”, “Do you want the Venetian Republic to be a NATO ally?”. It is the first time any Italian citizens are directly asked to make decisions on foreign policy, and the possibility of declaring a new independent Venetian Republic required directly consulting the people. “There might be a two-third majority of Venetian citizens in favor of independence, and there might be leaders committed to make it immediately executive” explains political expert Gianfranco Favaro, “but there are fierce contrasting views on the aftermath. The best way is to have the majority decide”. In particular, Veneto Business, the trade association that has financed the referendum campaign is pro Euro and pro EU, but it is not at all certain that this is the majority view among Venetians.