REFERENDUM: VENETO SAYS “NO” TO ITALY AND “YES” TO INDEPENDENCE

REFERENDUM: VENETO SAYS “NO” TO ITALY AND “YES” TO INDEPENDENCE 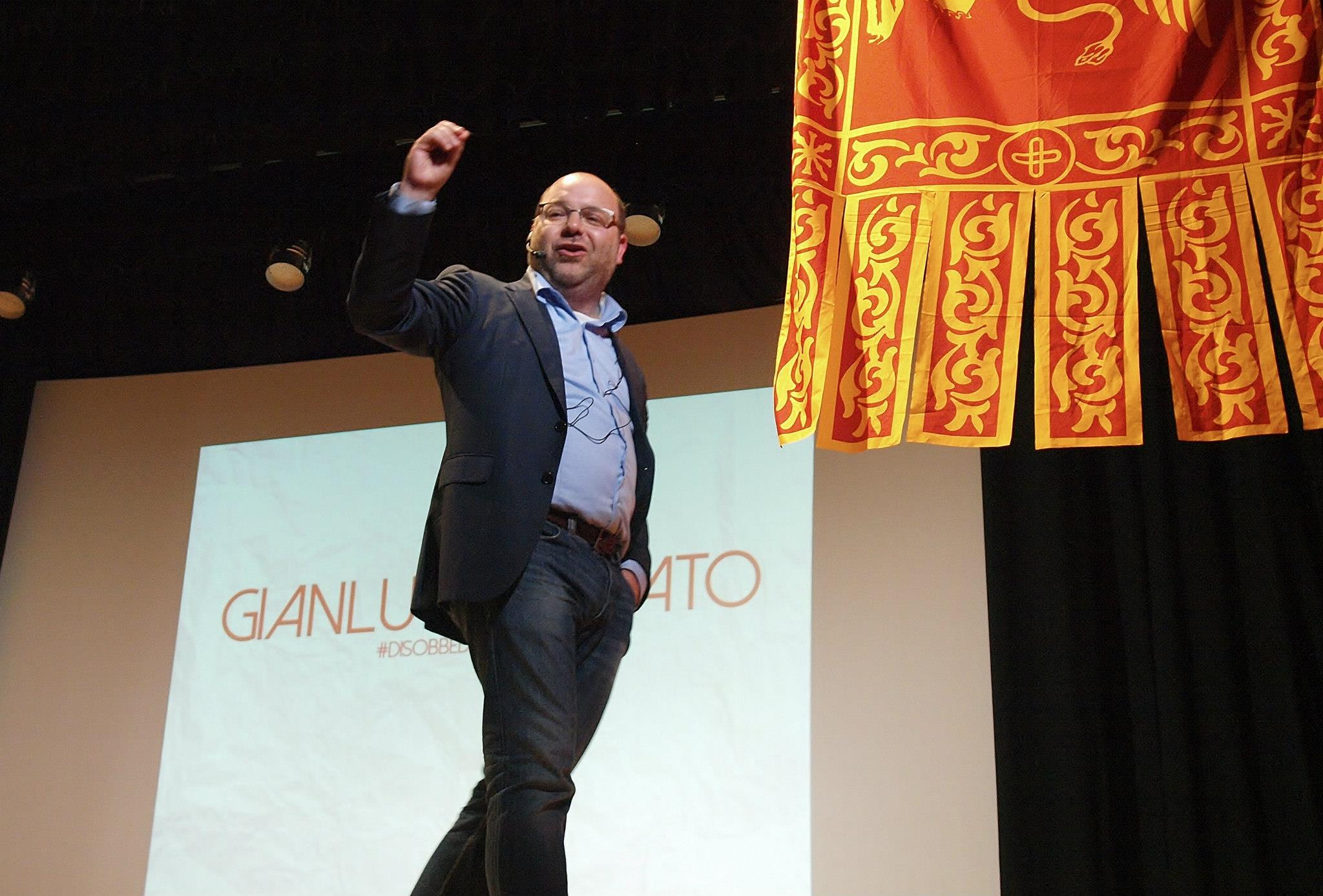 About 2 years and a half after the proclamation of the Venetian Republic, on December the 9th 2016 will take place in Treviso a massive rally for the independence of Veneto.

The italian constitutional referendum could not have returned a clearer result, especially in Veneto, that is the area where Matteo Renzi had been able to build its success during the European elections held in 2014.

The Venetian “No” comes out as a resounding failure not only for the figure of the former Prime Minister and his leadership, but for the whole centralist policy of the italian state.

It cannot be hidden that Veneto has entered a deep crisis, precisely because of the public and fiscal oppression coming from the italian state which has been able to destroy any residual goodwill to operate and to undertake, qualities that have trademarked our land since ever.

On the other hand, the demand for early elections generated by the Northern League and other right winged italian parties is cheerful, simply because they have just concluded a referendum campaign in defense of a constitution they would easily betray now, in order to grab a prime minister direct election the constitution itself does not allow to carry out.

In this scenario, it becomes particularly urgent for Veneto to speed itself up towards the full independence target.

Today it is even more vital to give voice and form to the only one project able to return hope to our people, bringing Veneto in the ranks of civilized nations, allowing the Serenissima Republic to face and overcome the challenges of modernity within an interconnected world.

The erosion of the investment capacity of our companies, harassed by a more and more spendthrift and exorbitant state which has dissolved our impulse on innovation, is demonstrated by incontrovertibile sad data, such as: the number of workers employed in high-tech just amounts to a poor 2.7% of the total workforce, the expenses for investments in research and development compared to GDP stop at a ridicolous 1,1%, the number of registered patents at the European Patent Office records a paltry 3.9 per million inhabitants. All numbers (source: Eurostat) that put us in a B series low-end, especially if compared to our neighboring European regions and in large competitive disadvantage with respect to them, and not only to them

Then, the way to back to excel again is one and unavoidable: to definitively conquer our full independence thanks to the modern project created by Plebiscito.eu, the organization that has been able to bring the Venetian issue to the world attention in March 2014 with the digital referendum for independence, launched exactly when the disastrous experience of Renzi’s government started”.

The appeal to all Venetians is then fixed for Friday, December the 9th 2016 at 19.30 in Piazza dei Signori-Treviso, that is the same symbolic place where it was held the proclamation of independence of Veneto 2 and a half years ago.