WHILE ROMEO AND JULIET DIVORCE, THE VENETIANS ARE READY TO VOTE FOR THEIR OWN PROVISIONAL INDEPENDENT PARLIAMENT

WHILE ROMEO AND JULIET DIVORCE, THE VENETIANS ARE READY TO VOTE FOR THEIR OWN PROVISIONAL INDEPENDENT PARLIAMENT 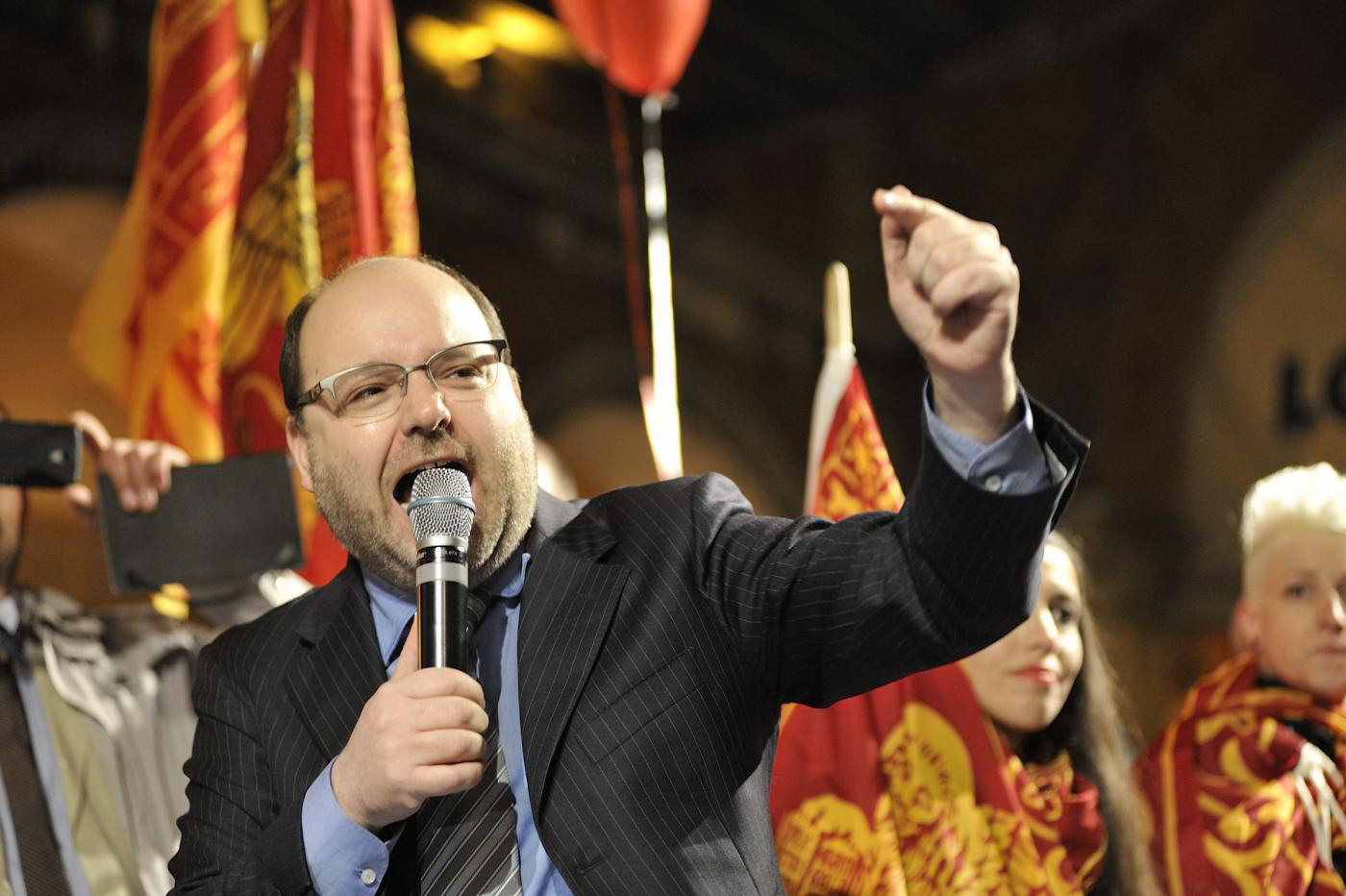 Mr. Flavio Tosi: “Salvini is a dictator”. Meanwhile, a great rise of the voting turnout for the elections of the provisional Venetian Parliament is expected. Mr. Gianluca Busato: “maybe even higher than the voting turn out expected for the italian regional elections planned for May 2015”. Moreover, on the 28th of March the commission of the International Observers will announce in Venice the final report on the referendum held in May 2014, according to OSCE standards.

[Verona, March 12, 2015] – It is consumed the final fracture inside the Northern League, which has suppressed the leadership of the Liga Veneta, that is the Venetian national section and founding member of this old territorial party, now transformed into an italian extremist-nationalist party. As a matter of fact, on last Monday night, the new Northern League secretary Mr. Salvini (allied with Ms. Marie Le Pen) has expelled Mr. Flavio Tosi, the mayor of the beautiful Verona city sung by William Shakespeare.

Mr. Tosi, who was also the national secretary of the Liga Veneta, federated to the Northern League, commented the fact: “Salvini is a dictator! In 20 years of story, never before the Northern League suppressed the Veneto region”.

While the serious split inside the Northern League between Lombardia and Veneto goes on, the Venetians are preparing to vote for their own independent provisional parliament from March 15th to 20th 2015, in order to finalize the process of separation from Italy, started with the referendum for the independence of Veneto celebrated from the 16th to 21th March 2014. And, just a few days after the elections for the provisional Venetian Parliament, the conclusion of the bureaucratic certification for the digital referendum will be held, too. During this important public event planned for the 28th of March 2015, the Commission of the International Watchers will sign the Final Report on the digital referendum for the independence of Veneto, according to the international standards laid down by the OSCE. This act will start the formal procedures for the international recognition of the welcome Venetian Republic.

Just three days before the elections (like the previous year, you can vote via internet from the website www.plebiscito.eu) that will shape the provisional legislative power of the independent Venetian Republic , already several tens of thousands of Venetians have registered themselves on the digital platform to get their own code to vote. Basing on a comparative analysis of the enrollment trend with the prior data, the organizers predict a turnout of at least 1.4 million voting people, that is higher than the initial forecast of about a million of voters, with a turnout close to the 36% of the total voters from Veneto.

“If these figures will be confirmed,” said mr. Gianluca Busato, president of Plebiscito.eu and candidate for becoming President of Veneto with Yes for Veneto (www.venetosi.org), “it is not excluded that the elections for the provisional Venetian Parliament will show a turnout that could be even higher than the one expected for the italian regional elections planned for the next May. This perspective gains more force if we look at the last regional elections in the neighbour Emilia-Romagna: in that occasion, only the 37% of the voters went to the polls, demonstrating that the appreciation towards the italian institutions and the tendency to vote in italy are concretely falling down.”

This situation would lead to a greater representation for the provisional institutions of the Venetian Republic (declared independent in Treviso on the 21st of March 2014) in face of the regional ones held by the italian state. The reason is simple: the Italian institutions are now in the grasp of a galloping degradation not just financially speaking, but also under the civic operating side. This events would lead to an unseen scenario, more and more favorable to the full de facto independence of Veneto.