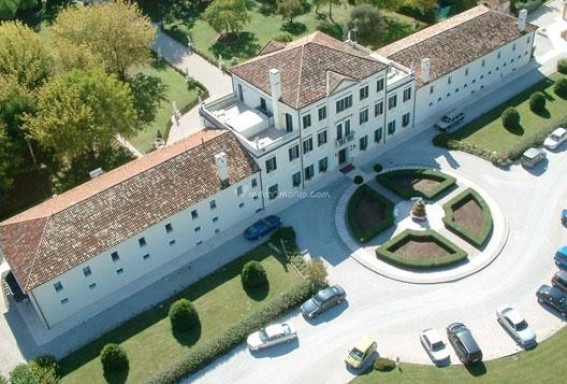 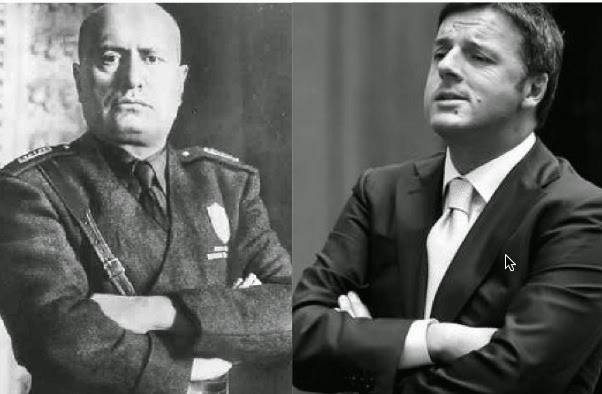 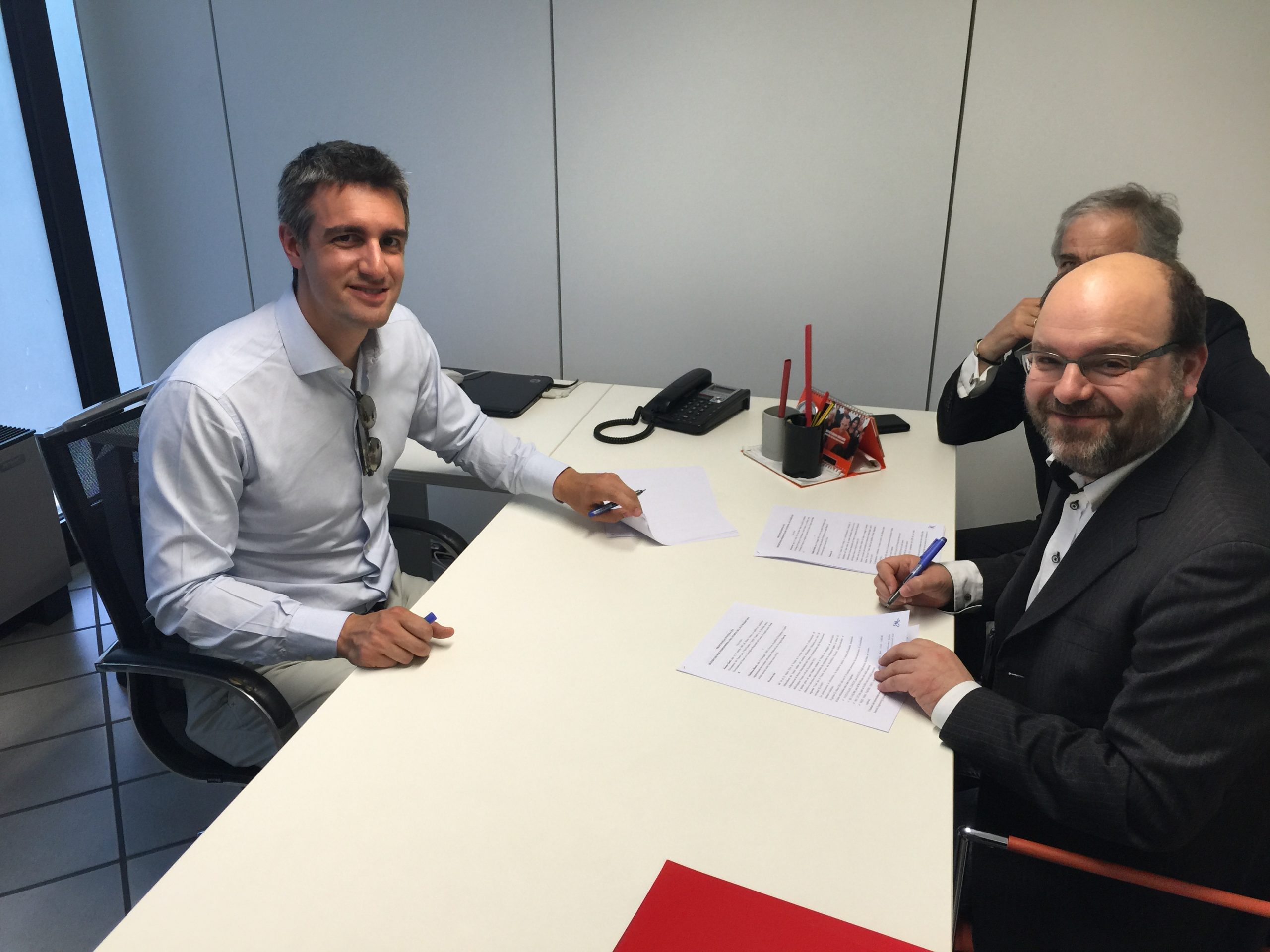 Jacopo Berti supports the certified democratic expression and the Ten Delegation’s action plan, in order to obtain the international recognition of the new Venetian Republic. Gianluca Busato says: “We asked all the governor candidates to sign the agreement protocol and only Mr. Jacopo Berti has shown true courage and sense of institutional responsibility. So, let’s award him with our vote on next Sunday.”

[Venice, 29th of May 2015] – Yesterday at 06.00 pm in Padua, Mr. Jacopo Berti, candidate for becoming governor of Veneto with Beppe Grillo’s 5 Stars Movement and Mr. Gianluca Busato, president of Plebiscito.eu, signed the historical agreement protocol on the referendum for independence of Veneto, freely held from the 16th to 21st of March 2014.

Once again, the spotlights are on the event that surprised the whole Europe last year, bringing for the first time the world’s attention on the Venetian question, starting a year in the name of independence. As known, the Venetian digital referendum was then followed by other two referendum (held in Scotland and Catalunia) and today it gains a new level in recognition and certification after the assessment produced by Engineering Ingegneria Informatica Spa, which verified the data reliability and after the final report issued by the International Observers Committee (IOC), a team of observers from different nations of the world, including the United States, Russia, Ukraine, Syria, Moldova, Georgia and Czech Republic and representative of a plural arc of political orientations (the observers had been selected in accordante with the principles established by the Commission Communication 191 EU on assistance and observation for elections held in the EU). As known, too, the IOC certified the voting process as genuine, reliable, free and legitimate as carried out in accordante with the principles required by the international organizations and, specifically, the principles of the CSCE / OECD Document of Copenhagen Meeting (held on the 26th of June 1990).

Now the time has come for the first official recognition by an influential representative of the first political force in consent (received during the last elections of the Italian parliament): the Venetian governor candidate Mr. Jacopo Berti, who has signed an agreement protocol with Mr. Gianluca Busato, binding himself to recognize the legitimacy of the referendum for independence of Veneto, freely held from the 16th to the 21st of March 2014.

The agreement protocol raises the level of the actual institutional contest, as the Venetian governor candidate Mr. Jacopo Berti with his signature recognizes, supports and promotes the action plan carried out by the Delegation of the Ten, freely elected during the referendum for independence of Veneto and focused on the international recognition of the results recorded during the digital referendum and the legitimacy of the re-born Venetian Republic.
Therefore, the agreement protocol overcomes all the difficulties emerged in the Venetian Regional Council which prevented the application of the regional law n. 16/2014 which have blocked the holding of an institutional referendum for the independence of Veneto, after the Constitutional Court of the Italian government contested the law.

Also under a legal point of view, the digital referendum of independence of Veneto held from the 16th to the 21st of March 2014, has then allowed the concrete implementation of the resolution n. 44 of 28th of November 2012, issued by the Venetian Regional Council, which provided the need to respect the will of the Venetian People and its un-touchable right to self-determination, in compliance with the International and Italian laws.

Such an example opened the gates for freedom to other regions and peoples who wished, wish and will wish to follow the same path marked by the Venetian independence process.

In case of election, Mr. Jacopo Berti has also pledged himself to allow the Delegation of the Ten to use the institutional representative rooms and locals of the Veneto Region, as to inform the Venetian people and the press on all the actions pertaining with its institutional activities.

Seen this high recognition of the fundamental democratic principles, the use of new digital communication technologies that has enabled a continuous exercise of direct democracy, the compliance with the international laws and firstly of the holy right to self-determination of peoples, the referendum committee Plebiscito.eu supports, promotes and gives indication to vote mr. Jacopo Berti as President of the Veneto Region.

The signed agreement protocol is valid and binding for the whole electoral mandate that the governor candidate Mr. Jacopo Berti will receive from the Venetian People on the 31st of May 2015, during the elections for leading the Veneto region. The agreement protocol will be ultimately ruled by the Arbitration Rules and Conciliation Center of International Arbitration of the Federal Economic Chamber in Vienna (Vienna Rules) by one or more arbitrators appointed in accordance with this Regulation.

Mr. Gianluca Busato (who this evening will preside over the meeting of the provisional Venetian Parliament which will be held from the 20.30 in Silea at the Tamai center in Via Roma 81), commented: “Now, after the scientific and diplomatic certifications, the referendum for independence of Veneto (held from the 16th to the 21st of March 2014) gains another important recognition in legitimacy, confirming to be one and only binding and decisive political act that overtake any constitutional barrier attempt. Plebiscito.eu asked all the governor candidates in Veneto, without any distinction and with transparency, for signing the agreement protocol. Among all of them, Mr. Jacopo Berti showed courage and institutional responsibility in being a champion of democracy and freedom: we take note and he will be surely awarded with the vote on next Sunday. We proceed steering the starboard towards the full independence, adding another heavy and steady brick in building the new, solid, free and indipendent Venetian Republic.” 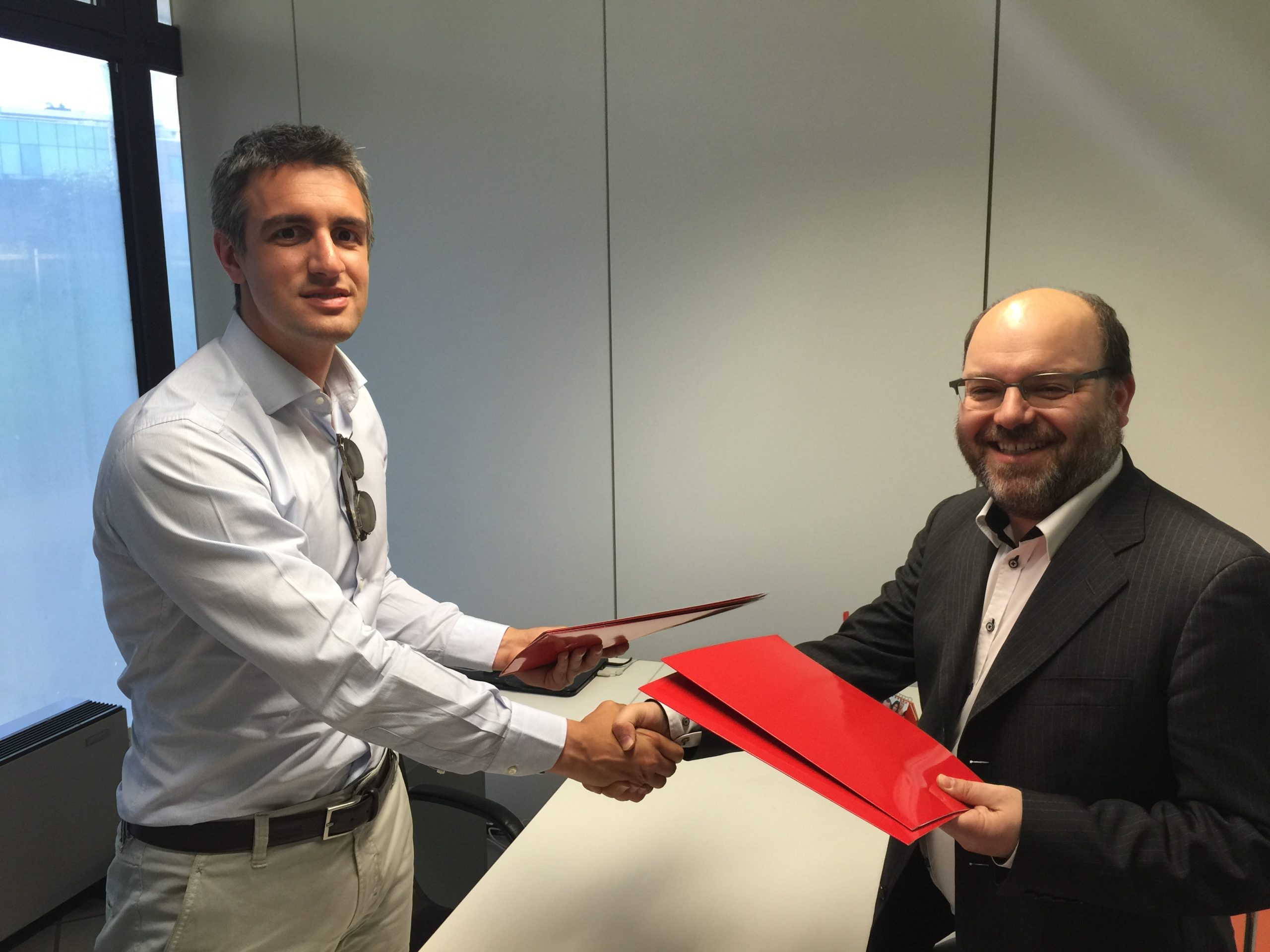