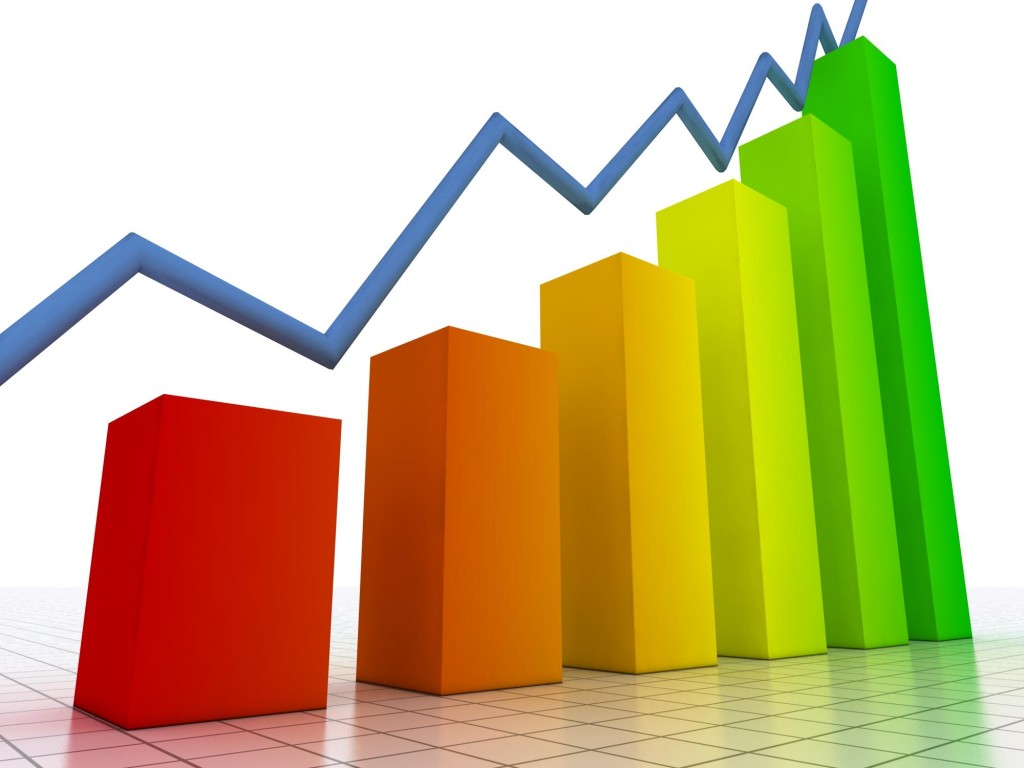 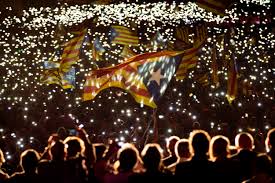 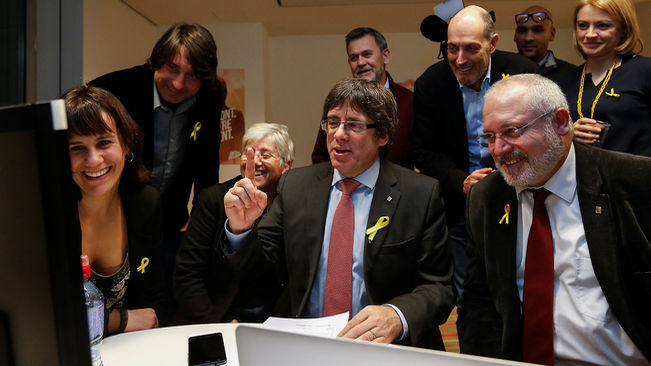 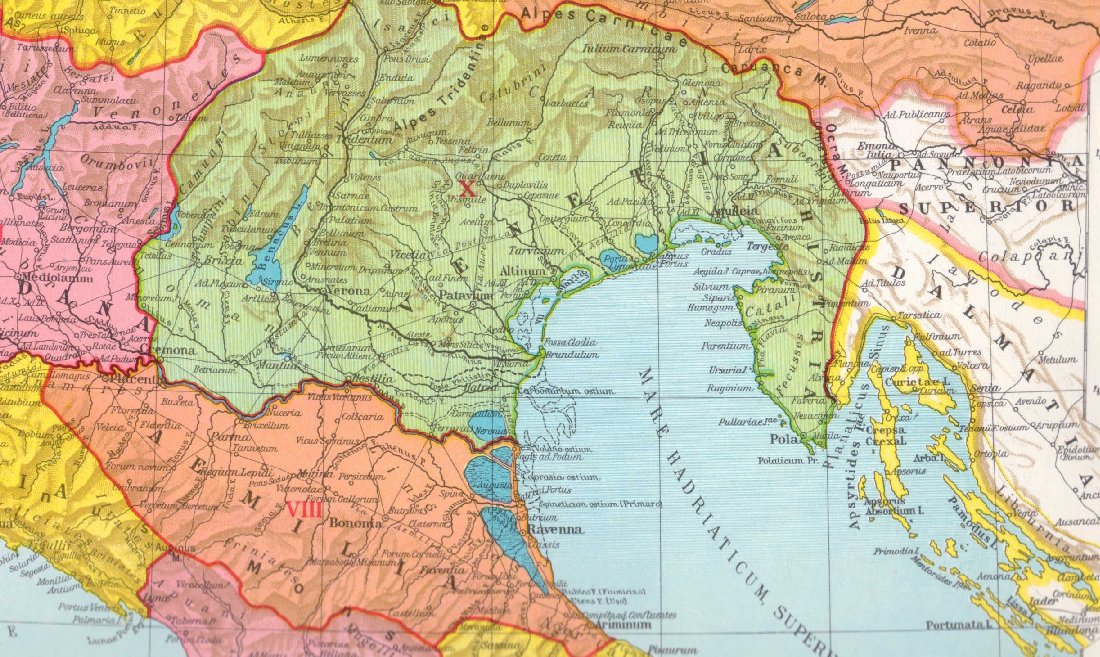 From Catalonia to Veneto, the wind of independence blows across Europe. Gianluca Busato: “The independence of the Veneto will happen because Venice has returned to the center of the new maps of the world, thanks to the new Silk Road”

The Crypto-State eVenetia is a digital platform that aims to simplify the life of users who sign up and use public services that will be offered over time.

The “Digital Venetian Republic” eVenetia is the first virtual state entity that has made available the census service and public registry through the technology of the Crypto-State.

On the same day that the elections for the renewal of the Catalan parliament are held, with the leader of the first Catalan party imprisoned for the crime of opinion, which is shameful in the first place for the European Union, even in Veneto the independence challenge sees a new important event, exactly three and a half years after the victory in the digital referendum for the independence of Veneto, with 89.10% of the more than 2.3 million voters who voted in favor of Veneto’s independence.

Evenetia natively protects the digital identity of its members, complying with the provisions of European legislation and the General Data Protection Regulation (GDPR, General Data Protection Regulation – EU Regulation 2016/679), which will become enforceable on May 25, 2018. The first and most important area of ​​protection provided is indeed the “digital” identity of citizens and residents who register at the Crypto-State eVenetia. No third party can access the true data of the citizen who benefits from a particular service, unless he decides to reveal himself. It will be the Crypto-State eVenetia itself to provide the service of certification of the digital identity of the citizen to third parties, preserving their physical identity.

Furthermore eVenetia will observe the highest security standards currently in place and will comply with the third (highest) level of web security standardization Application Security Verification Standard (ASVS) as indicated by the OWASP protocol (www.owasp.org).

The Crypto-State eVenetia is a technology that is aimed at communities that may be of a territorial type, or based on criteria of sharing principles. In any case, the Crypto-State respects the international legal architecture and the classical jurisdictional areas with which it interacts, starting with the EU law of the European Union.

The name eVenetia, derives from Venetia, which represents the ancient denomination of the territory where the Venetians live, anticipated by the letter e, to signify the electronic nature of the new Venetian Republican institutional entity, natively digital.

The changed technological, economic and human behavior conditions that have characterized the last century in particular, open the way to new ways of delivering these services to a level that has not hitherto been published, increasingly questioning the monopolistic nature of the classical states in their provision.

The Crypto-State intends to give back to its citizens all their own negotiation potential towards “public” service providers, providing an environment in which they can use them in a “protected” manner.

With our action we therefore insert ourselves in this “empty” space, exploiting the limits and inconsistencies of Italian territorial sovereignty, in line with what we have done since the beginning of our action, which coincided with the organization of the digital referendum for the independence of Veneto. Even then there was the legal problem of organizing a regional referendum for self-determination, since the Italian constitution, like the Spanish one, has an article on the unity and indivisibility of the Italian state, which prevented the organization of an “institutional” referendum on independence. Against this barrier, as we know, the action of the Veneto Region has been broken, which then turned to a more “good-natured” as innocuous referendum for alleged autonomy, emptied into reality of true meaning. We have overcome this constitutional block precisely because we have moved in cyber-space, in an unregulated field and in any case where any state has difficulty exercising its sovereignty. According to the same principle we are moving now, strong of the digital plebiscite mandate obtained three and a half years ago.

The President of Plebiscito.eu Gianluca Busato said: “Today the birth of the Crypto-State implies the start of a new phase in the process of independence: a real pre-constituent process that we expect can last 12-18 months before the election of a constituent assembly. It also interprets the merit of the declaration of independence of the Veneto, solemnly proclaimed on March 21, 2014 in Treviso, after the overwhelming victory in the Digital Plebiscite”.

“Compared to this pronouncement, the first Veneto” territory “in which we will exercise our independence will be a non-territory, the cyber-space, thanks to the birth of the Crypto-State. The term “Crypto” stands for cryptography, a technique used in information technology to protect information. The Crypto-State is born in fact safe by definition “.

“Now the battle for independence also moves to another field. On the one hand eVenetia, which collects the technological challenge, fundamental to achieve a higher degree of evolution, on the other the economic challenge, with our business community and the fundamental work of international relations represented by Plebiscito.eu Club and the network strategic that has been able to inspire and contribute to achieving “.

“The independence of the Veneto will happen because Venice has returned to the center of the new maps of the world, thanks to the new Silk Road”.

“Plebiscito.eu first guessed this new paradigm and for more than three years has started a strategic project to seize the opportunities that derive from the great geopolitical and macroeconomic changes in progress”.